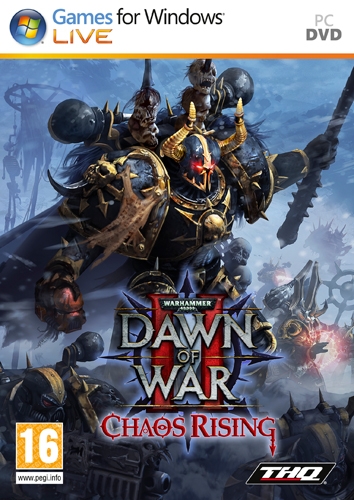 Uploaded: 01.08.2017
Content: Warhammer 40 000 Dawn of War II_Chaos_Rising_30.txt 0,24 kB
Loyalty discount! If the total amount of your purchases from the seller GameCod more than:
If you want to know your discount rate, please provide your email:

GameCod information about the seller and his items
onlineAsk a question

Seller will give you a gift certificate in the amount of for a positive review of the product purchased.

You buy the official key, which you receive immediately after payment in the opened window, as well as a link to the page with the key that will come to your E-Mail specified when purchasing.

Every customer who left a positive feedback (I want a gift) - gets one of more than 40 different games for Steam. Which one? You will find out about it when you receive your GIFT.
It can be activated in "Steam".

To receive a gift you need:
1) Buy from us game
2) Leave a positive feedback with the comment "I want a gift"
3) Expect.

Dispatch of the gift is done within 48 hours after writing a comment.
Attention!! Putting a tip - you guarantee that you read all the conditions for the Gift and if something is not clear - asked.
<Attention> For the positive feedback about the product, I will give the buyer a gift certificate in the amount of 5 rubles.
Detailed information about gift certificates https://www.oplata.info/info/card_new.asp

Before you continue the strategic series of games Dawn of War II from THQ Inc. And Relic Entertainment. You will return to the subsector Aurelius, where the lost ice planet once again appeared from Warp. She is waiting for the brave ones, ready to reveal her secrets and meet face to face with the enemy.

In Dawn of War II: Chaos Rising, you will take over the command of the Blood Ravens and will defend the sector from the Chaos Infantrymen from the Black Legion. Burn out the filth of chaos and rally the detachment in the face of a treacherous enemy trying to smash the Blood Ravens.

GAME FEATURES:
- New single missions: continue your battle with the enemies of the Emperor. Use the equipment, skills and experience of fighters in the battles with Chaos for 15 new missions.
- New surroundings and multiplayer maps: your view will please the icy realms of a new planet, and multiplayer battles will diversify 7 new maps for multiplayer games.
- Path to fame: improve your old fighters to level 30 and unlock even more destructive abilities
- Corruption of Chaos: a new feature in a single game that will equip incredibly powerful equipment that perverts your squad. The plot line varies depending on the level of the degrading influence of Chaos
- A new race in the multiplayer game: swear allegiance to the gods of Chaos. Take the side of the bloodthirsty Chaos foot soldiers in online battles against the owners of Chaos Rising and the original Dawn of War II
- New fighters: in online battles you are waiting for new types of fighters in the armies of Space Marines, Orcs, Eldar and Tyranids.
- 2 new heroes for the Last Turn: battle with the infinite horde of enemies in the role of the Sorcerer of Chaos or Tyrant of the Tyranid Hive.

<Delivery>This product is distributed through digital distribution, is only a pin code, and does not contain packages and boxes.</Delivery>

DO NOT MISS HITS, ORDER FROM US))

Instructions for activating the key on Steam:

IMPORTANT: After activating the serial key in steam, the key becomes invalid, i.e. You can not use it again.
MUST remember, but better write down all the details of your account! Without them, you will not be able to access the activated games in the future.

Dear customers!
We will be very grateful to the positive response!
Thank you very much, Your GameCode.

All our goods on the page http://gamecod.plati.market

Seller will give you a gift certificate in the amount of for a positive review of the product purchased..